The backlash between the tech business and the group around it continues to grow. The buses shuttling workers to and from Silicon Valley workplaces to their San Francisco and Oakland homes are changing into a logo of that divide. 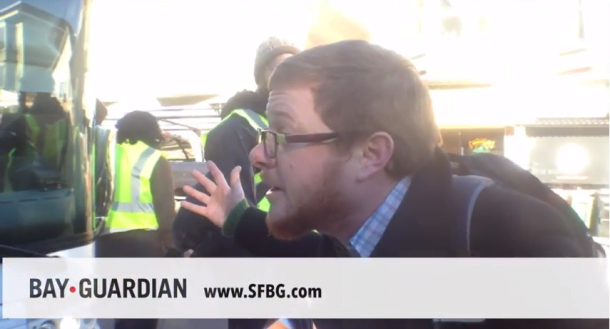 Protesters upset with, among other issues, the rising rents as a result of highly paid tech workers moving into the city have staged demonstrations targeting these buses, blockading their paths as they are attempting to go away for the Valley. On Friday, one of the most protests resulted in vandalism, with demonstrators breaking the window of 1 Google bus in Oakland, in line with a file utilizing the New York Times. Neither Google nor Apple in an instant answered to requests for remark. We’ll replace this put up if we hear back.

According to the instances, there were three bus protests in all — two Google buses in Oakland and one Apple bus in San Francisco. “We wish the ruling class, which is changing into the tech class, to hearken to our voices and take heed to the voices of people that are being displaced,” one protestor mentioned, consistent with Reuters.

Friday’s protest was once the second such demonstration in two weeks. The ultimate one concerned a bit of performance artwork, with a person posing as a Google shouting rage-baiting condemnations of the protest, like, “which you couldn’t come up with the money for it? Then go away.” The video went viral, and although he used to be a fake tech worker, it speaks to the rising sentiment concerning the wealth disparity within the Bay space. Including the resentment is that the buses choose up passengers at stops unique for the town’s official public transportation without paying town.

But while the non-Valley public begins to thrust back against the tech elite, there are signs that the tech elite is feeling isolated themselves. On Thursday night, TechCrunch reported that tech investor Tim Draper proposed California is split up into six separate states — together with one state specifically cordoned off as Silicon Valley.